It has been one of the interesting paradoxes of this pandemic.

On the one hand, as we report so often, so many people are struggling with unemployment to pay their rent and their bills. On the other hand, this Realtor say it's unlike anything they've ever seen. Prices are soaring in houses. They aren't selling in days. They are selling within hours.

I spoke with bay area realtor Liane Jamason. She's been doing this for 15 years. She knows her stuff and she told me that at the rate we are going if no new homes were to come onto the market this area would essentially run out in less than a month. So, here's some of her advice if you're looking or if you're thinking about listing.

Literally right now we have 27 days of homes left in Pinellas county and Hillsborough and Pasco are about the same. We're just at the lowest inventory we've had in 25 years. It's a crazy market.

Why is it so crazy? There's a number of factors and the pandemic is one of them right?

Correct the pandemic is part of it. We saw a lot of sellers not wanting to put their homes on the market because they were afraid of having sick strangers coming into their homes, coupled with really low interest rates and coupled with people that are working from home now. And you know maybe both spouses need a home office or something like that and decided that they really need more space or they want that pool if they're...

Where are the Listings? Why Homeowners are Staying Put 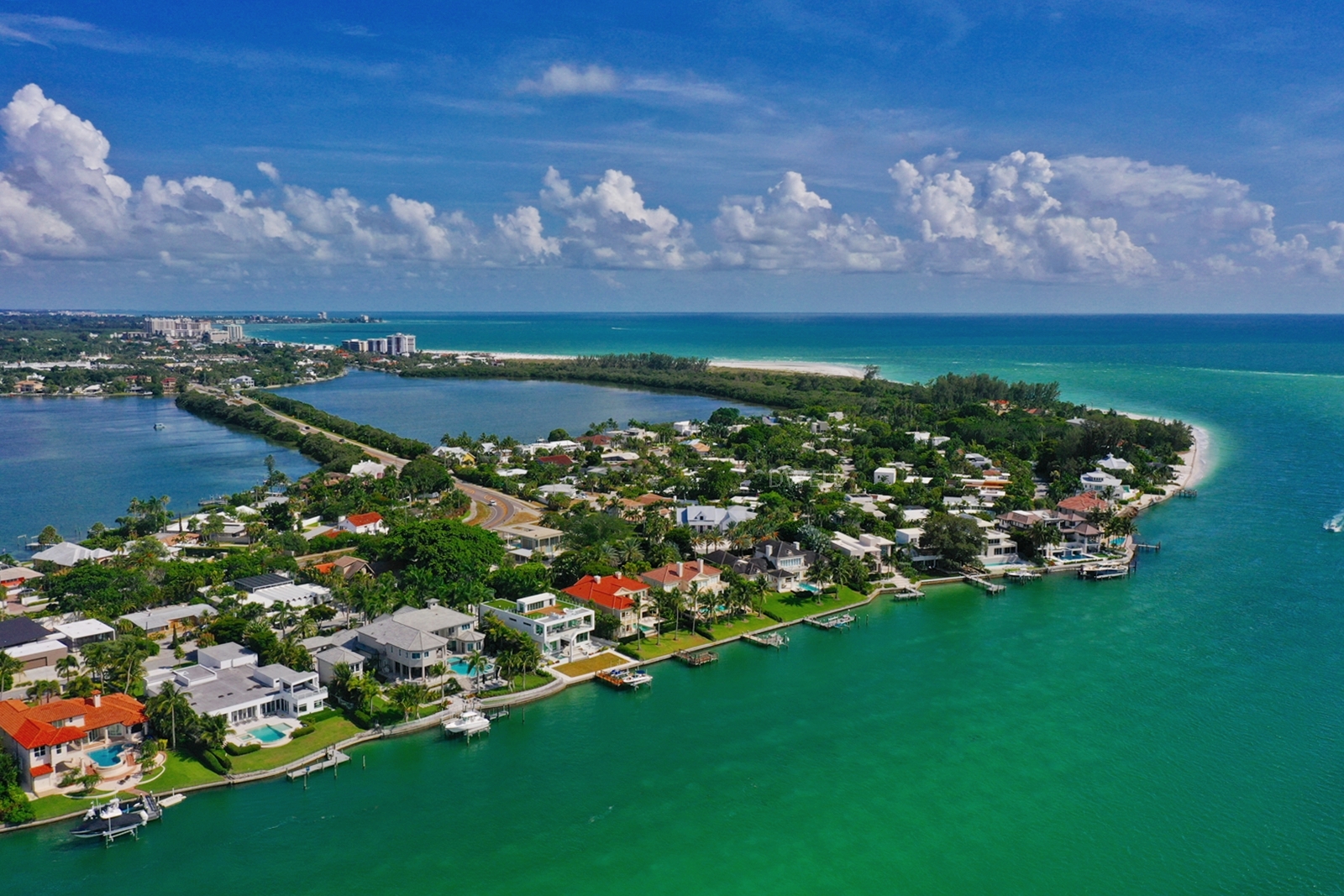 Housing market inventory remains tight as homeowners hold onto their homes longer. The typical homeowner in 2020 had remained in place for 13 years, up slightly from 12.8 years in 2019 – but well ahead of 2010’s reading of 8.7 years, according to an analysis by Redfin.

About 1 in 4 U.S. homeowners has lived in the same home for more than 20 years, the study found. Still, even with the pandemic, home sales raged in 2020, pushing activity and sales prices to new heights.

However, homeowners who decided not to sell did so because of pandemic concerns and concerns about finding a new house in a competitive market. Many also enjoyed ultralow interest rates after a refinance on their current home that made it more advantageous to stay put.

A drop in sellers as owners stay in a current home longer forces the real estate markets to tighten, including the Sarasota and Manatee County areas.

Inventory sank to its lowest level in decades. This past December, Sarasota County had 2,394 active listings which was 43.3% fewer properties than December 2019. Manatee County had 1,552 active listing, down 46.1%. At the current sales pace, there was a record-low 2 months’ supply of homes on the market in December for Sarasota County (down 47.4% from December 2019) and 1.7 months' for Manatee County (down 51.4% from December 2019). See our Market Statistics for a break down of the market.

The market’s home shortage and low borrowing rates have pushed up prices and increased buyer competition, Median Sale Price in December 2019 reached $278,200 in Sarasota County and $288,000 in Manatee...

Plans are starting to fall into place for Quay Sarasota! GreenPointe Developers, and real estate investment firm Cross Lake Partners have laid out a vision for the 14-acre waterfront district at the end of Fruitville Road in Downtown Sarasota. Luxury residences, upscale retail, boutique hotel, state-of-the-art office space bordering the bay, and now builders, Lennar Multifamily Communities (LMC) and Kolter Urban, are committed to bringing part of the vision to life. In a news release shared by the Quay Sarasota, these builders, collectively, closed on nearly 3 acres of land and have announced plans for a luxury condominium and a luxury high-rise apartment complex. “We are pleased to achieve this milestone at Quay Sarasota,” Ed Burr, president and CEO of GreenPointe Holdings, said of the closings with Lennar and Kolter.

Lennar Multifamily Communities (LMC) acquired 1.65 acres to build its first apartment community in the Sarasota market. The 12-story project will have 240 luxury multifamily units with over 13,000 square feet of retail space on the ground floor. Amenities in the community will feature a top-floor wine lounge, catering kitchen, cybercafe, resident lounge, golf simulator, business center, meeting rooms and a fitness center. Residents will also be able to enjoy the resort-style swimming pool, outdoor cabanas with a bar and grill, dog park and bike repair shop. Lennar is setting out to begin construction in May 2021, and estimates its first units will be finished in September 2023. LMC has designed and built multifamily developments all over the county, with 5 projects in Miami and 1 in Orlando. “Our community will be the premier rental destination at the Sarasota waterfront,” said...

Typically, when you see consistent demand and a large increase in supply there is downward pressure on price. This doesn't necessarily mean Sarasota home and condo prices will decline. It is too early to for that. It does mean home buyers have more options and sellers have more competition. 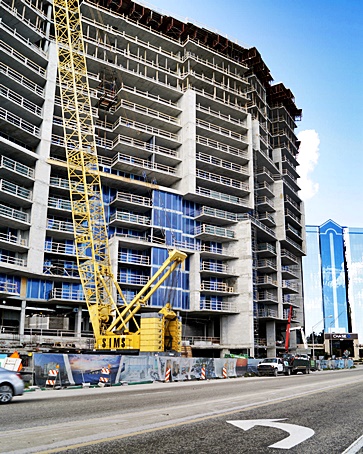 Have you ever thought about buying a pre-construction condo for investment purposes? This is a game many people want to play and it is usually only played by the wealthy because of the high prices that new downtown Sarasota condos typically sell for.

There can be a mad rush to buy when a new condo building is released. Early buyers will typically buy at lower price levels because the developer will eventually raise prices as more and more condos are sold. Do these investors make any money doing this?

Below you will find a variety of condo buildings in downtown Sarasota. I pulled sales data from when the units were purchased and then sold. It typically takes 24 months to build a condo. The purchase date is when they closed on the property. In most cases the units were sold well before the closing date. For example, unit 1101 in the Ritz Carlton was closed in November 2001 for $1,260,000 but the price was established up to 2 years prior to that when they released the units (pre-construction).

Gain and loss figures do not include Realtor fees as well as the ongoing carrying costs of a condo - association fees, contents insurance, maintenance and property taxes. The figures are purely just sales price.

There was an article in the Sarasota Herald Tribune recently (read it here) about a new 18 story luxury condo tower will be built next to the Ritz Carlton in downtown Sarasota. The new project will be called The Grande. For those Realtors selling in the mid 2000's, The Grande was a condo project planned to built where The Vue is now sitting. The project was scrapped when the Sarasota real estate market popped.

The Kolter Group plans on building 86 residences that will offer services managed by the Ritz-Carlton. Prices for 3 and 4 bedroom units will run from $2,000,000 to $5,000,000. The new tower will be built east of the hotel over the support facilities.

Is there a downtown Sarasota luxury condo glut on the way? 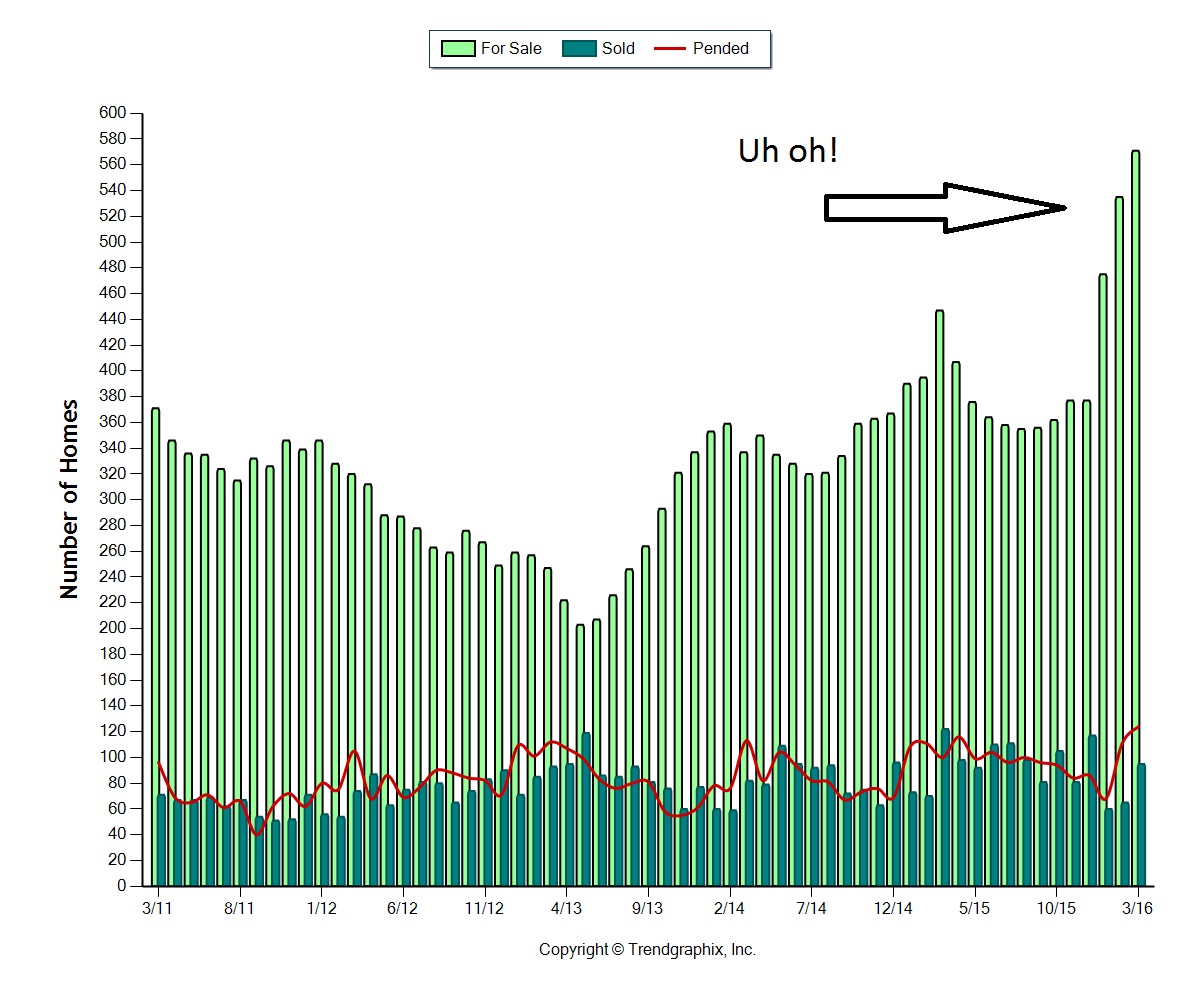 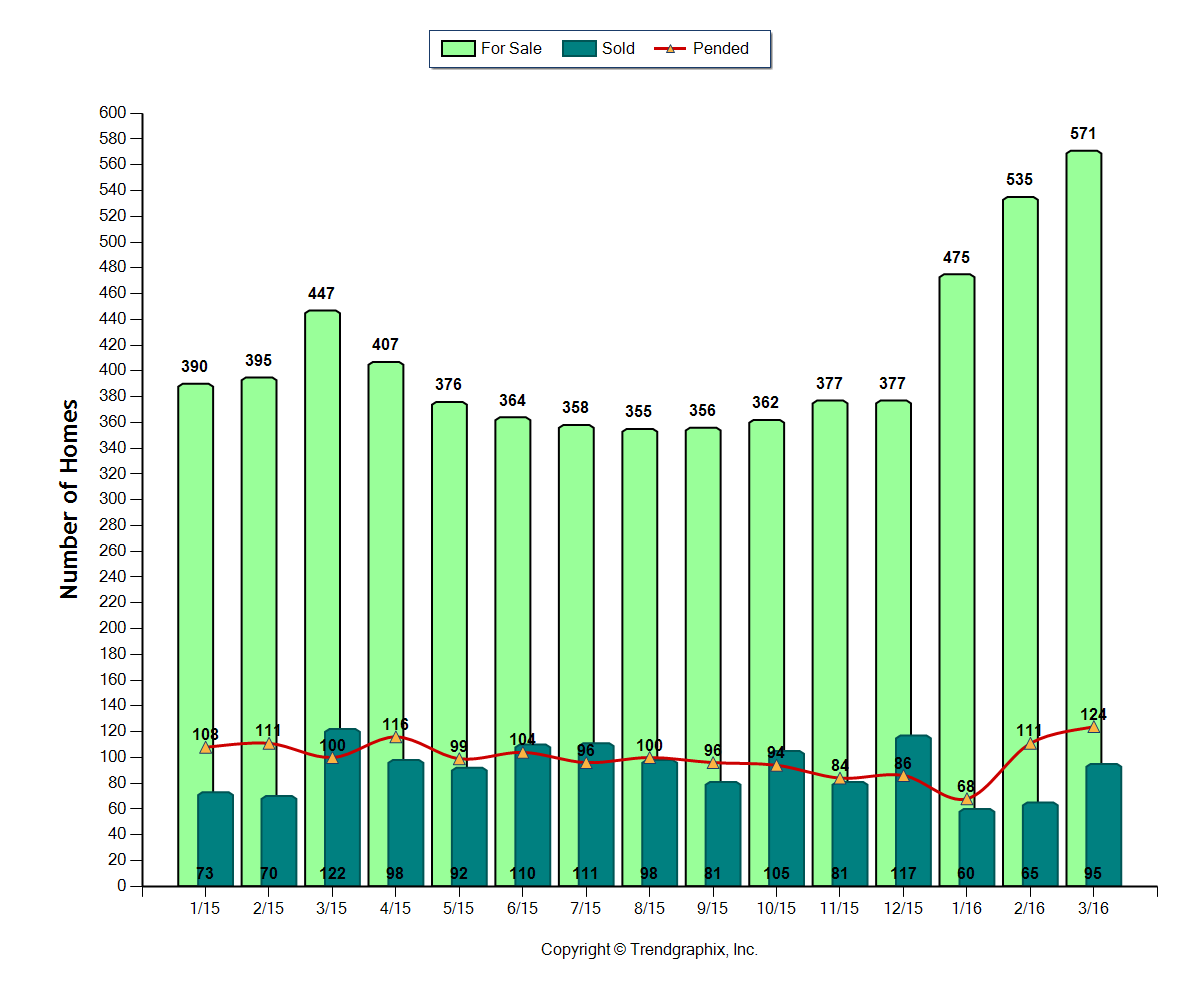 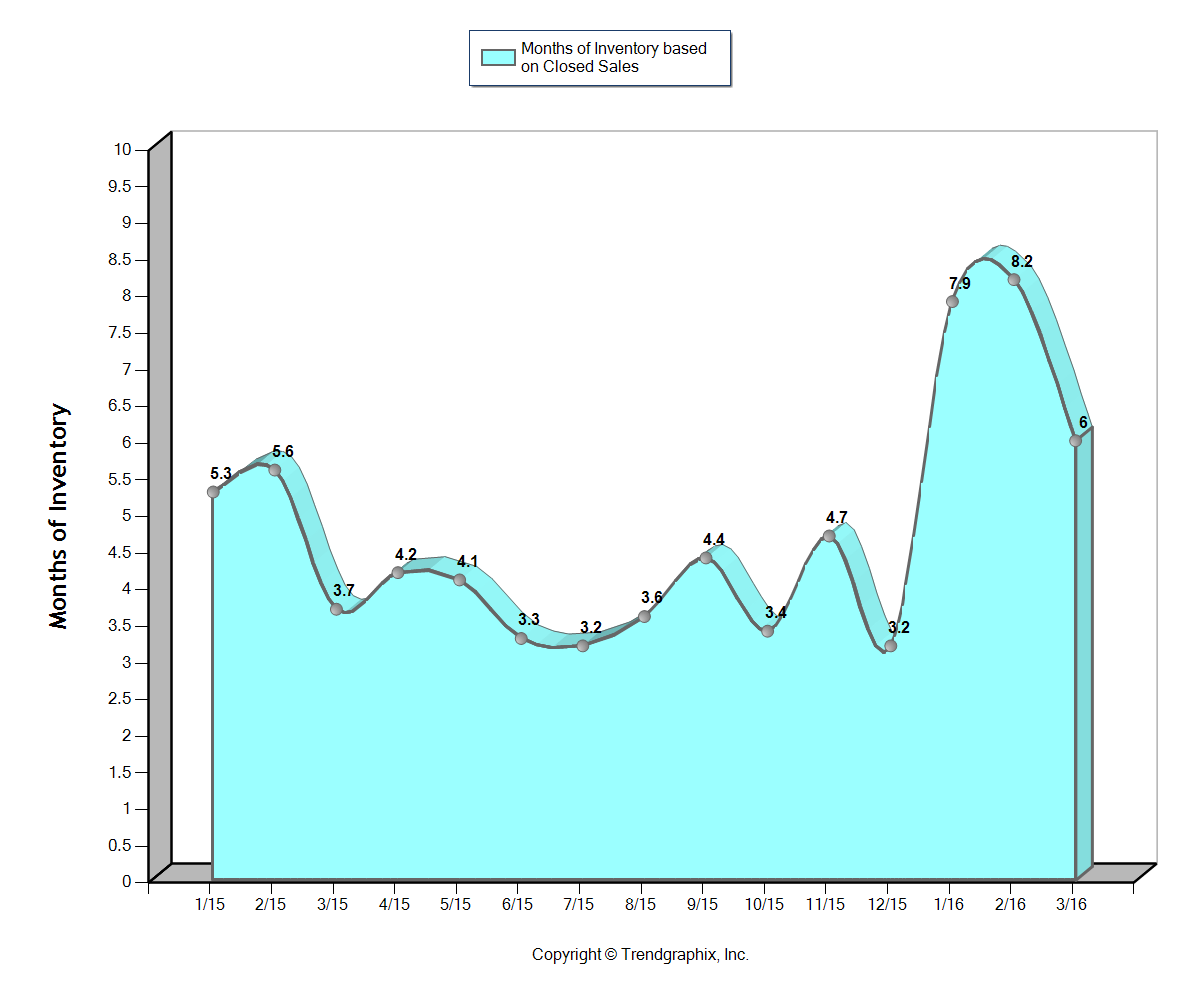 If your Lakewood Ranch home is currently listed then you should reassess your position in the market. Here are some questions to ask yourself...